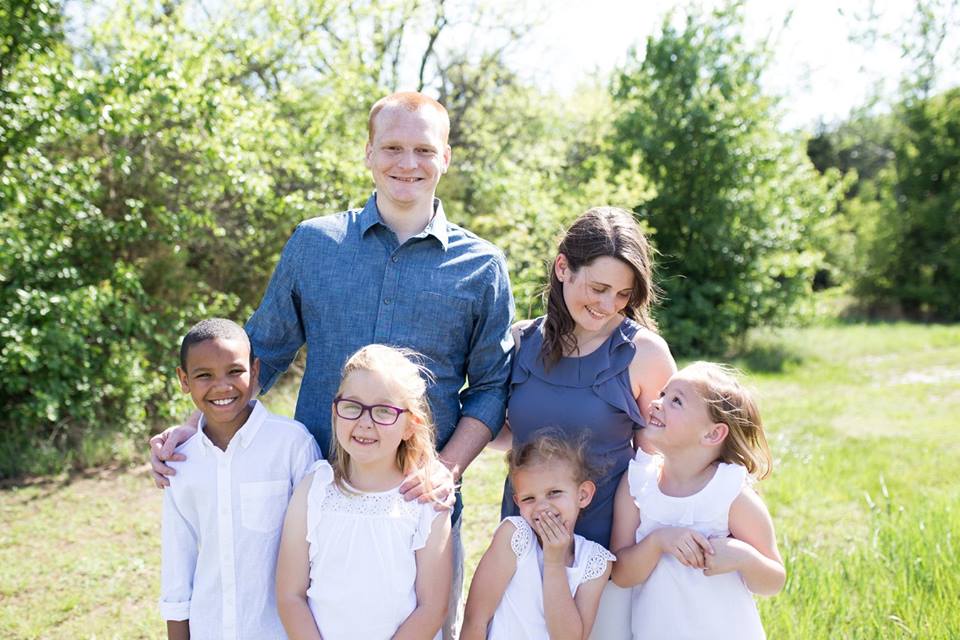 Jonathan and I met in college nearly 10 years ago and have been married for nearly 8 of those – college sweethearts. When we were dating, we had always agreed that when we were married, we would adopt someday, but had planned to have a child or two of our own just to have some parenting experience under our belt. You know that saying “If you want to make God laugh, tell Him your plans”? Boy does that ever apply to us! When we finally decided to start trying to conceive two years into our marriage, we believed we would have no problems since we had never used birth control. How wrong we ended up being.

For the first three months of no success, I chalked it up to just being stressed and feeling the pressure of trying to make it work. By month four however, I knew that something wasn’t right. What sucks for couples in their 20’s is you must wait a year before you can pursue medical treatment. Thus began the longest 8 months of my life. The roller coaster of emotions and struggle during that time were some of the hardest I’ve ever faced in my life and I grew to be so angry and hurt. I was so angry with the Lord that He wasn’t answering my prayers, that He was leaving me to suffer through this, that He wasn’t helping me, that He wasn’t there. I couldn’t understand why He seemed to bless so many people around me with children, but He seemed to be withholding it from me. For so long I questioned His goodness and whether He really cared about me/us at all. Eventually, hoping each cycle became too difficult and over time I became incredibly apathetic and just gave up. I couldn’t handle the disappointment month after month, so it became easier to just stop caring.

When we hit the one-year mark of trying, we decided to pursue medical treatment as well as adoption through our state DHS. To be clear, adoption was not our second-best or last resort option. Adoption was always going to be a part of our lives, but instead of it happening when we planned it, we believe that the Lord had other plans in mind. 5 cycles of fertility treatments later with no success, we received the call about a sweet little 5-year- old boy that we had been matched with. When we met him, we knew beyond a shadow of a doubt, that he was going to be our son. Six months after that, we finalized his adoption and he became ours forever.

Two years after our son’s adoption, we began the process again with three girls who had been fostered by his former foster parents. Two of the girls were half-sisters and the other was their foster sister. We were hesitant initially, because going from one child to four is no small jump. However, we talked and prayed at length about it and knew that this was where the Lord had led us and that we really could do it. In December 2016, we finalized one of our girls and in April 2017, we finalized our other two.

Throughout all of this, the fertility treatments and waiting period through adoption, I had really wrestled with the Lord on how His plan could be better than what I had had in mind for us. When we finalized our kids’ adoptions though, I finally began to see the truth of the verse in Isaiah 55:8 where it says, “For my thoughts are not your thoughts, neither are your ways my ways, “declares the LORD”. My husband and I have never viewed ourselves as super human, special, or heroes because we adopted our children. When I think about their lives and this whole process however, I realize that their lives could have been so different, even worse, if the Lord hadn’t brought us all together. I wish that they never would have had to experience what they’ve gone through in their young lives, that they never would have had to suffer and experience so much brokenness, but we’re so grateful that despite it, something good came out of it. We became and will forever be a family and they will always be surrounded by parents and family who will do everything they can to love, protect, provide, cherish, support, and care for them.

Our journey with infertility was a long and challenging road, but from where we’re standing, I can see how the Lord brought about so much goodness and better plans than I could have created myself. He took ugliness and brokenness and brought about beauty and wholeness when He brought us and our kids together. Our lives now are so full of love, laughter, noise, girly things, boyish things, princesses and superheroes, fun and family. Our children have been the best thing that has come out of our fertility journey and if we were to never conceive, we will always be so grateful because the Lord used this to bring us together. We have been so richly blessed!

Infertility Warrior of the Week, Holly and Brett

Warrior of the Week | Jalina and Anthony

Warrior of the Week | Laura and Grant