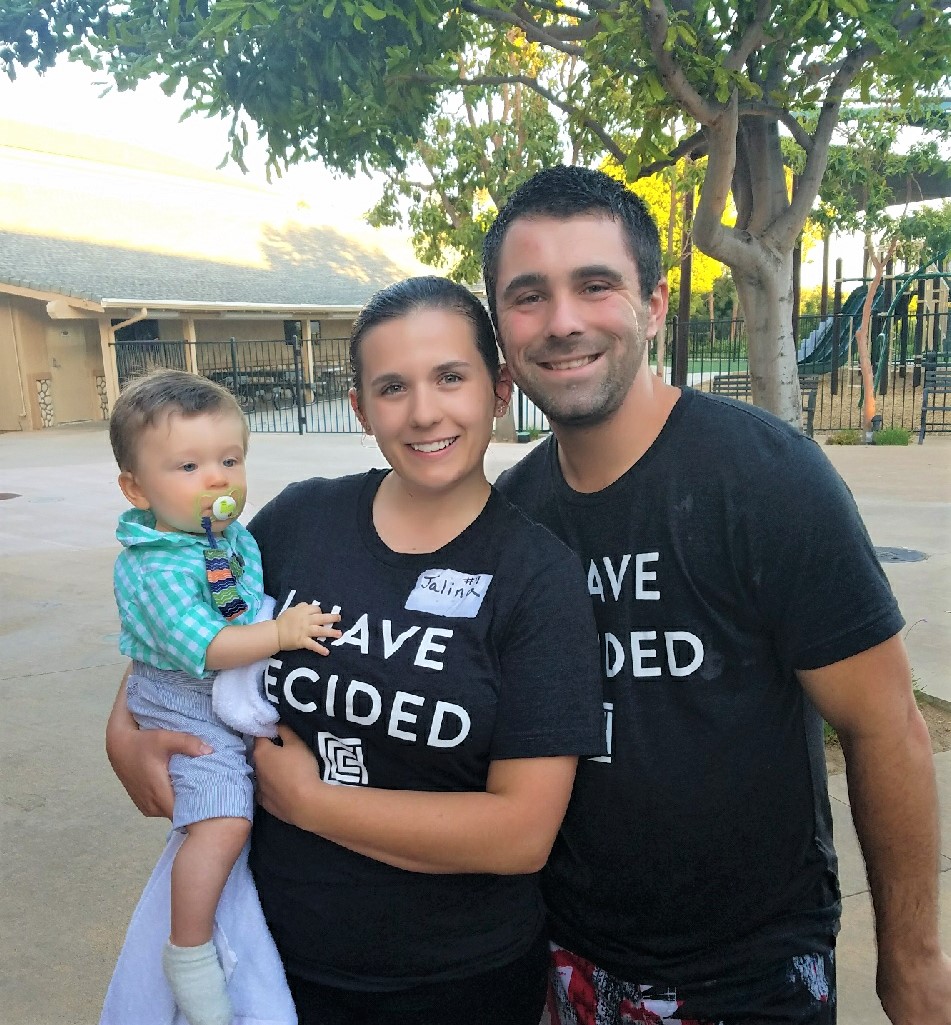 My husband, Anthony, and I are 27 years old. We began our journey in February 2013 when we were 21 years old. We were ready! All my life, I had wanted a college degree, a career, marriage, a house, and kids, in that order. I had checked the first four items off the list, and Anthony and I talked about children and our parenting philosophies many times in our 3 years together. It was time, even though Anthony was scheduled to deploy 6 months from then. We had discussed in such depth what we would do if we got pregnant before he left that we didn’t consider the possibility of not getting pregnant. Well, we didn’t. He left for 8 months, which is a special kind of torture when trying to conceive (TTC). Six months after his return, we still were not pregnant. I casually mentioned to my OB at my regular yearly exam that we had been trying for a while, and he ordered some tests for both of us. My tests all came back negative, though I was worried I could have some unexplained issue that would reveal itself if and when I finally did get pregnant. My husband’s Semen Analysis (SA) was not so good. The only good value was his count. Everything else was horrible.

My OB referred us to a fertility clinic, but I refused to go. Among other reasons, I didn’t want to hear anyone tell me we wouldn’t be able to conceive on our own. I had grown up watching the Discovery Health channel and had seen too many stories about doctors saying something was impossible only to be wrong. I finally began tracking my cycle and started looking up ways to improve fertility naturally. In a long process of research and slowly implementing changes, we had eliminated all xenoestrogens (endocrine disruptors) from our home and switched to a wholefood diet. We tried other things here in there, like fertility supplements and Snowballs (cooling underwear for men), but as open as Anthony was to trying anything, he had trouble sticking to any of it. Finally, I learned about Softcups for conception. We tried them in May 2015 and learned the next month on Father’s Day that we were finally expecting! I ugly cried. I dropped to my knees and thanked God.

Days later, I miscarried. I was devastated. I couldn’t eat, sleep, breathe or function in any way. We hoped for this baby for nearly 2.5 years, only to miscarry. Would we have to try another 2.5 years to miscarry again? Would I ever get pregnant again? Words could not describe the pain, confusion, devastation, and hopelessness of this dark time. After a little emotionally healing, we were ready to try again in October 2015. December 2nd, I received a positive HPT. While my joy was slightly overshadowed by my previous loss, I still felt an unexplainable confidence that this baby would be ok. I took baby aspirin and magnesium preventatively and had the easiest pregnancy one could hope for! Abel was born in August 2016, 3.5 years after our decision to build our family and 8 days past his due date, which pushed my maternity leave return date from Christmas Eve to New Years Day. It was perfect timing. Finally, I would have Christmas with a baby.

When Abel was 10 months old, we began trying again, knowing it could take a long time. We broke out the Softcups. It only took two months! Infertility was behind us! Then I miscarried again. How could this happen again? Why was this my story? I was embarrassed to tell my coworkers and friends of another miscarriage because it was so awkward the first time. I thought if I got pregnant again immediately, I could pretend I was pregnant all along and never have to tell them what had happened. TTC consumed me. We tried Softcups and added baby aspirin back into the mix. Meanwhile, my new OB was incredible and listened to my concerns about miscarrying so early again after carrying my son past 41 weeks. He ran some tests, and I was diagnosed with the MTHFR gene mutation and lupus anticoagulant antibody (both are blood clotting factors). By the time these results came back, I was already pregnant again. I had conceived again 23 days after my second miscarriage. Theodore was born in May 2018. Going through infertility and loss, I thought, out of all the struggles in the world, this is the last one I would have chosen. I see now after everything I’ve learned about faith, health, marriage, and parenting that it was the best struggle I never chose.

Warrior of the Week | Kelsie and Anthony