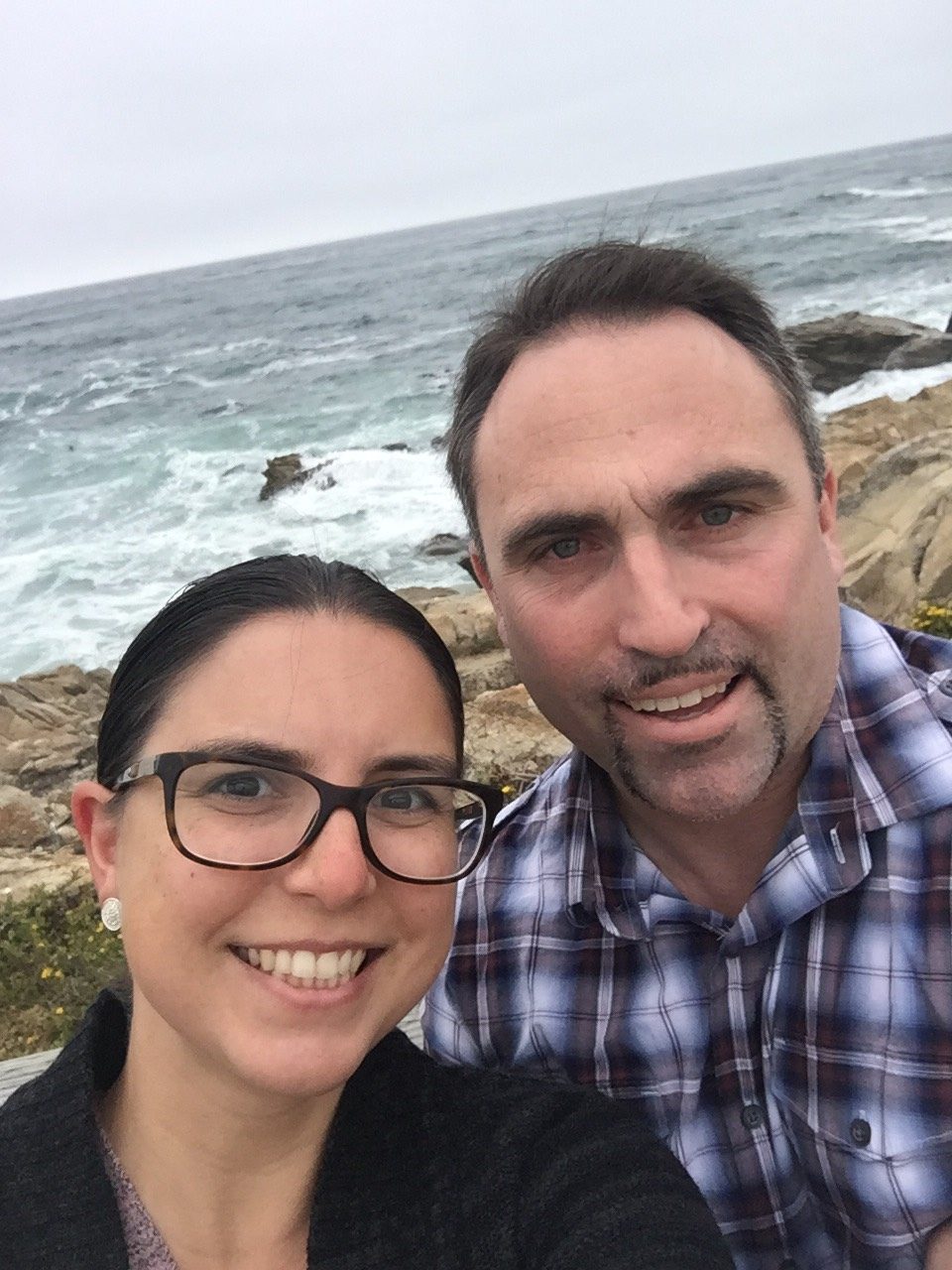 Jeff and I met through mutual friends and we instantly fell in love. After getting married, we decided we wanted to have a good year and a half of just being newlyweds. We bought a house (big enough for all the kids we were going to have) and added 2 precious kittens to our family. We went on vacations and looked forward to the life we were creating. January 2017 we officially started trying to get pregnant. By June, I knew something was off but doctors wouldn’t see us until we had been trying for a year. So we added in measuring my body temperature in the mornings, tracking ovulation, and (as my husband used to say) having sex when the app told us too. As those 12 months went by, hope started to waiver. All we wanted was to be parents and we never would have thought it was going to lead us down a very long journey.

January 2018 we finally were able to meet with my OBGYN to discuss next steps. They did preliminary testing on both Jeff and I, and found nothing wrong. We were diagnosed with unexplained infertility and sent to a RE. From there we jumped into 3-IUIs (2 with Clomid and 1 with Letrozole) and neither worked.

It was time for us to take the next step and dive head first into the IVF pool. Our first egg retrieval resulted in 9 frozen embryos (not PGS tested) and we thought for sure our 2 kids would come from that bunch. Our first FET was successful. During our first ultrasound we saw the heartbeat and assumed we were on our way to becoming parents. What we weren’t expecting is the heartbreak that would come one week later when our next ultrasound showed there was no heartbeat. I remember screaming in the scan room and feeling like the whole world was caving in on me. How could we go through so much to have that glimmer of hope taken away so quickly? We were presented with options and had to move forward with inducing a miscarriage – one of the most traumatic experiences of my life. We didn’t know how we were going to be able to move forward, but the one thing keeping us going was the desire to be parents.

After my body healed from the miscarriage (including a hysteroscopy), we prepared for our second FET with the same protocol as the first (it worked once so why wouldn’t it the second time?). Well…it didn’t. From that failed transfer our RE suggested we do a uterine biopsy for the ERA and Receptiva tests. Based on the results, we adjusted our protocol for our third FET. This one was more emotional as it happened the day before what would have been our due date from our first FET. Even with the emotions, we went into that transfer with high hopes as we had a different protocol. But we had the same result with a failed transfer and even more frustrations. Our RE recommended repeating the uterine biopsy Receptiva test, but I wanted more. Even though our RE was indifferent about us having the procedure (assuming we wouldn’t find anything), we moved forward scheduling a hysteroscopy and diagnostic laparoscopy with my OBGYN. We wanted someone to put eyes in there to see if there was anything that was causing our infertility struggles. Sure enough they found and removed endometriosis which was surprising to all since I had zero symptoms of it. To finish treating the endometriosis, our RE recommended we place my body into medically-induced menopause for 2 months. I came out of menopause and we went directly into prep for our 4th FET. All was going well with transfer prep until the last couple of days when 3 cysts appeared in my uterus. So on the day I was supposed to start progesterone injections (5 days before transfer), my cycle was cancelled. Fast forward a couple weeks and a period that came with a vengeance (first one I had had in almost 4 months). When we do our next FET we are transferring 2 embryos and really hoping they both stick!

Infertility Warrior of the Week, Tanya and Joel