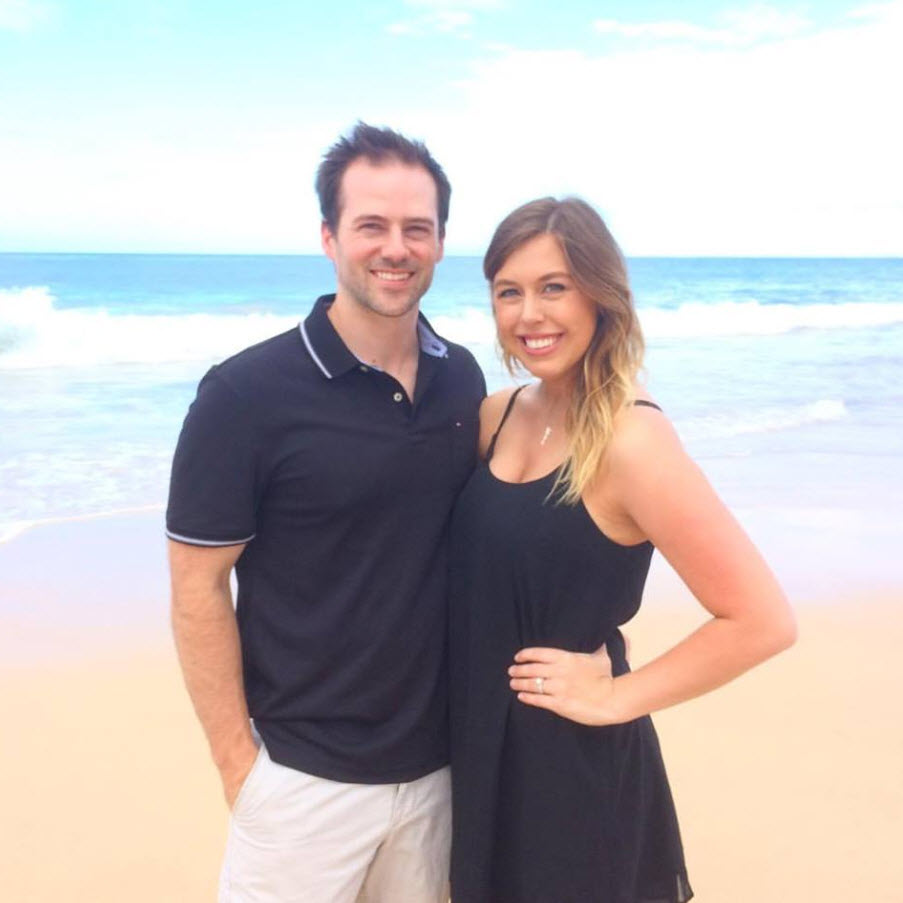 Hi there, we’re Kelsie & Anthony! Our journey to have a baby began like many others; we ditched the birth control and expected to be pregnant immediately. We were young, healthy, what could go wrong? After ditching the pill, months and months went by… still hadn’t had a new cycle begin. I was no expert but I knew that something wasn’t right. I sought out my OBGYN as most do when things with their “lady parts” aren’t working correctly. She did what most OB’s do. Clomid, or as I like to call it, the infertility gateway drug. To our amazement, I was pregnant after one round of Clomid. Sadly that pregnancy ended when I was a mere six weeks along. Of course, I was absolutely devastated but I couldn’t give up! 5 more rounds of Clomid, and I was no longer responding to it at all. My OB switched me to Letrozole, boom on the second round of it, pregnant. Finally, a year and 2 months later our rainbow baby is on its way. I got to enjoy that sweet baby for a beautiful 10 weeks. At 10w3d I heard the dreaded words “I’m sorry but there is no heartbeat.” AGAIN?! How could this be happening? After a D&C and some much needed time to heal our broken hearts, we were ready to jump back into this. My body didn’t want to cooperate. Nothing was prompting my cycles to return, birth control, progesterone, MORE progesterone, and nada. I landed myself in the ER for some extreme lower abdominal pain. I knew that my period was TRYING to get out but couldn’t. Something was definitely wrong.

I finally swallowed my pride and got in touch with a Reproductive Endocrinologist. He discovered 2 things very quickly. 1. I have PCOS. 2. I have Asherman’s Syndrome. Anytime my body was trying to start a new cycle, nothing could escape due to an extreme build-up of scar tissue in my uterus and on my cervix. A hysteroscopy and laparoscopy were performed, and things began to move in the right direction. I still don’t have cycles on my own thanks to the PCOS, but at least when I was doing medicated cycles, everything could…ya know, get out. Lol.
We’ve officially begun the journey of daily injections and IUI. It’s been 2.5 years since we began this journey to grow our family. 2.5 years ago, I was absolutely ignorant to the world of infertility and miscarriage. I had no idea the kind of pain and torment it could bring to one’s life. We’ve found so much comfort in documenting our journey on YouTube in the form of vlogs. I’ve met some incredible and badass women that I know I’ll be connected to for the rest of my life. The term #TTCSisters is used often in this community and I love knowing that we have a whole crew of people supporting one another in this rollercoaster of a battle called infertility.
One way or another, biological or not, we’ll grow our families. I can’t wait to tell my future children how badly we worked for them.

Warrior of the Week | Nicole and Shawn