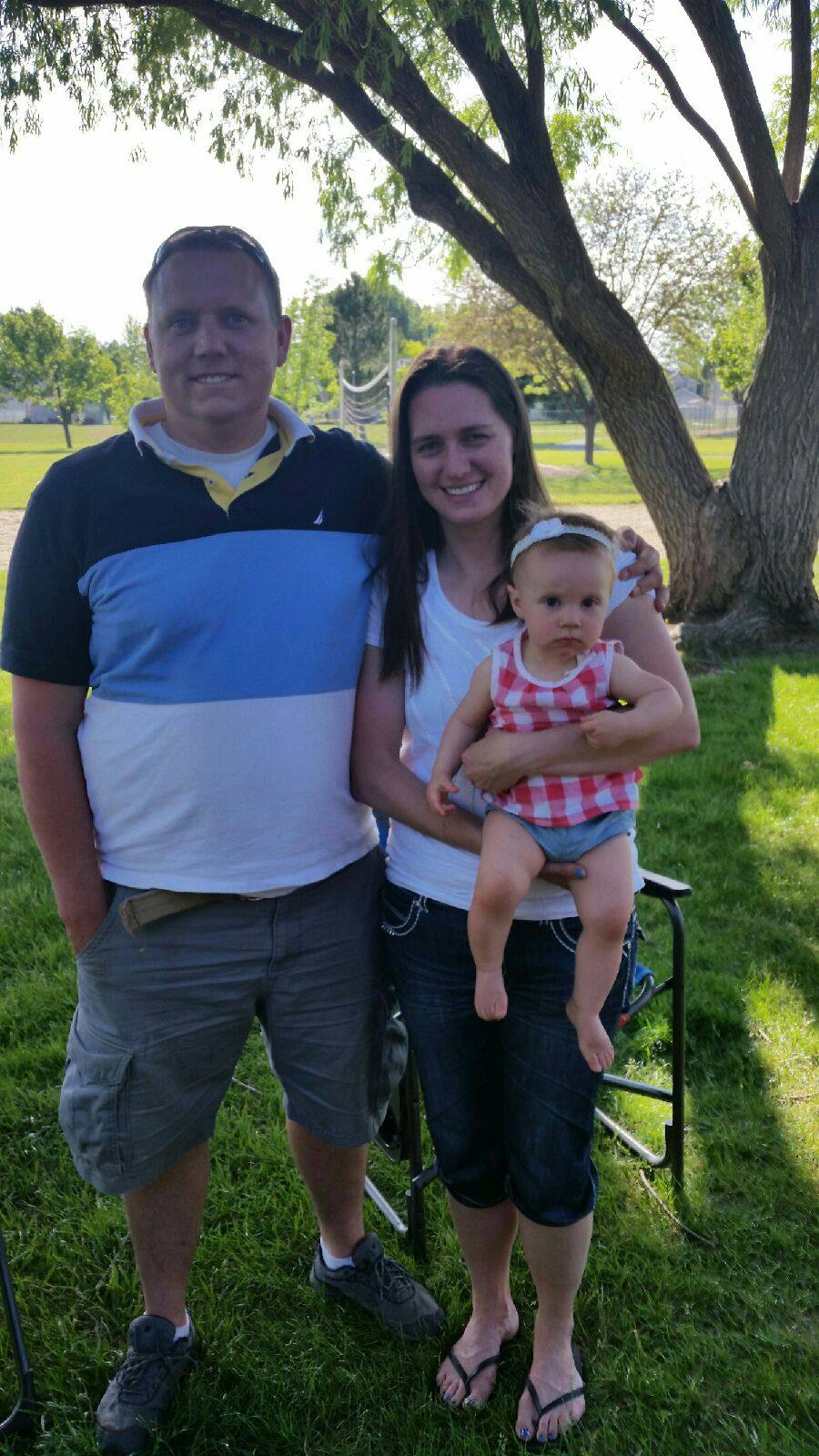 The moral of our story is to not give up!  My husband Grant and I were married in August of 2005.  We were both in school and wanted to wait a couple years to start our family, but little did we know it would be 11 more years until we were able to have our miracle baby girl.

In 2007 we started trying to have children.  We found out we were pregnant after only trying for two months.  At the 20 week ultrasound we received devastating news that our baby boy had major developmental problems and would probably not make it to full term, definitely wouldn’t make it outside the womb more than a week.  He made it 8 more weeks in the womb until he passed away (still born 1).  It was a whirlwind of emotions to get through at this time.  The doctors did some testing and assured us that it wouldn’t happen again and to try to have another baby when we were ready.  We tried for a year.  Finally we found out that I was pregnant. In 2009 at the 10 week appointment there was no heartbeat (miscarriage 1).  We tried again and found out we were pregnant in Jan of 2010 everything went fairly smoothly, we thought we were in the clear until we returned from a nervous but careful summer vacation to our 20 week ultrasound and found that our baby girl had passed away and also had some major developmental issues (Still born 2).  At this point we wanted answers.  There was obviously something wrong with either my body or our genetics.  After a $10,000 test and weeks of questions we finally got results that we had a genetic issue called a translocation.

The genetic counselors told us that some people are able to do IVF with genetic testing and have success having a healthy baby… The only downfall it costs around $25,000. With both of us just finishing school it seemed like such a mountain to climb to try to come up with that kind of money. Then we heard about the miracle fund at the University of Utah.  We applied, the application was much like a home study for adoption with a couple additional requirements.  It took us about a year to get everything in order emotionally and physically.  We were accepted and so excited to start this part of our journey.  As we started the first cycle we found that I have PCOS which means that my ovaries are very sensitive to the IVF medication, they almost burst on the first round so they had to cancel the cycle.  Two more cycles and no success.  My body was trying to mature 60 eggs instead of 15 to 20.

The fourth cycle we had one embryo to transfer, with genetic testing it is a hard combination to get a good quality egg and good genetics in the same embryo.  The doctor said it had about a 30% chance and it didn’t take.

The fifth cycle we had three embryos we transferred two and one worked! We were so excited!  Finally we were considered high risk and the doctors took us seriously.  Every appointment we were nervous, but everything looked good until… I started bleeding at 18 weeks.  I went in for an ultrasound and found that my cervix had dilated and the bag of water was coming out.  They immediately checked me into the hospital and put me on bed rest with my feet in the air to try to get the baby to stop coming.  The doctors tried a rescue cerclage (tying the cervix shut) but the bag of water ruptured so they said the baby could come within the hour or any time.  There was nothing else they could do because they were worried about an infection.  I was sent home for two weeks on bed rest until the baby came in the middle of the night (still born 3).  She was 20 weeks and had no chance to survive outside the womb.

We had one frozen embryo we decided to try so I started medication and the day we were going to transfer the embryo we got a call a couple hours before and they told us the embryo didn’t make it through the thawing process.

At this point we were so sick and tired of EVERYTHING not working.  It felt like the world was against us so we decided to take a break from it all.

We then decided that maybe adoption would be our route to start a family.  We started with LDS services and had our home study done and were approved.  After two years of waiting we only had two contacts and they were both scams.  We were ready to move on to something else.

At this point I don’t know what pushed me to keep going but I starting looking into IVF again. Several of our friends went to a doctor that was a little unconventional but he seemed to get results. Friends with years of infertility suddenly had miracles happen.  So we decided to give it a try.

After several blood tests the doctor diagnosed me with a very high immune system and that could have been the cause of losing our last baby.  My body was rejecting it.  All the other doctors really had no way to explain why it happened with the last baby and not the others.

I started some IV therapy and then we started IVF.  It worked!  We were very skeptical and scared throughout the whole pregnancy.  I was put on strict orders to be careful.  I made it through my last year of teaching.  All of our ultrasounds were perfect it was amazing to have good news.  We put the techs to work with all of our questions.  Around 35 weeks we found out that the cord was wrapped around the baby’s neck which made me really nervous.  They started having me go to non-stress tests.  At 37 and a half weeks the baby’s heart rate kept decreasing at the non-stress test so the doctor said you are having the baby today.  After 10 hours of labor she was born healthy even though the cord was around her neck twice.  We love our little girl more than I can put into words.

This past June I got pregnant naturally. It was a blessed miracle, but unfortunately the baby had unbalanced chromosomes and she passed away at 14 weeks.

It has been a long, excruciating journey and now that we can look back we can see the blessings that got us here.  It has been a refiners’ fire and I know we live our lives differently because of what we have gone though.  Our marriage is stronger. We feel more compassion towards people in hard situations.  If you are in the middle of trying to start your family, please know that you are not alone and it can work out, on the Lord’s timetable it WILL work out.