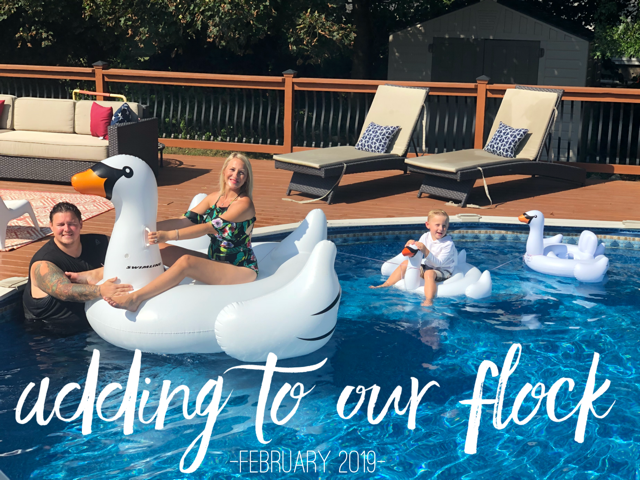 Miracles happen…even twice. If you had told me this way back October 14, 2012 when we received our initial diagnosis, I might not have believed, but here I am five years laters, raising one IVF miracle and carrying another.

That date, as I refer to as our D-Day, will be a day I’ll never forget. As high school sweethearts, married five years at that point, we were ready to start a family-ready for the next chapter in the story of us. However God had different plans. After pseudo-casually trying, and four months of Clomid for anovulation, we were waiting for the results of my husband’s analysis before getting more invasive on my end. The call went somewhere from “Azoospermia meaning no sperm…to referral to a Reproductive Endocrinologist (RE)…to there are other options like donor and adoption.” What I basically took away from that conversation was the only way we’d be able to have a biological child was through interventions and even the chances of that were slim. It seemed like a death sentence.

Quickly, our focus shifted from the RE to a urologist specializing in Male Factor Infertility. He was hopeful, but insisted we needed to be patient. His recommendation was hormone therapy to treat the non-obstructive azoospermia and then, surgery such as Testicular Sperm Extraction (TESE) as a last resort. Well, after a year and a half of hormone treatment, with not much change in the semen analysis, we were at our last resort, with essentially a 50/50 shot. Our RE aligned our first IVF cycle with the surgery so that the TESE occurred the morning of my retrieval. We left the surgery unsure if there’d be anything to use to fertilize the eggs that were about to be retrieved. It was our lowest low point in our journey. As luck would have it, a handful of viable sperm was found after the sample was spun and was enough to fertilize four of my six mature eggs. Based on our circumstance, it was recommended that we do a day-3 transfer of all three quality embryos we had left at that point. And in the end, we ended up with “the one” as I love to call our now four year-old son.

Around his eighteen month birthday I began to get anxious. I didn’t necessarily have the itch, but I knew in our case the waiting was the hardest so rather than get to that point of devastation I wanted to be proactive in the process. My husband, not so much. It’s much harder to get back on the infertility train once you’ve experienced the darkness of it. And of course, we had already been blessed once, could we ask for more?

I had always said the second time would be easier because the pressure would be off. As my son approached three, I ate my own words. Not only was it much more difficult to get us back onboard the rollercoaster that is infertility, but the timeline in my head had become all too consuming. My husband went back on the protocol for a much shorter time, yielding different hormone levels than the first time around and yet we ended up back again at the last resort. The second time around everything was different-faster, more chaotic, but less overwhelming. And in the end the outcome was different as well. The surgery yielded two vials of sperm to freeze, and the cycle resulted in five fertilized embryos. I had wanted this cycle to mimic the first as much as possible since it had been successful, so I was relieved that again we’d do a day-3 transfer; however this time transferring two embryos with three to freeze. On June 9th, we received the incredible news that we would be welcoming a Valentine’s baby in 2019.

If you had told me this back on October 14, 2012, I wouldn’t have believed you in my wildest dreams. That has made this experience and pregnancy SO much different from my first. With our son, I believed we deserved this; now I think it’s all just too good to be true. But as the days go on and the arrival of our second angel baby nears, it’s beginning to sink in that while it takes God (and science) a little longer to make our babies, they’re so worth the wait! As the fairy godmother said, “Even miracles take a little time.”