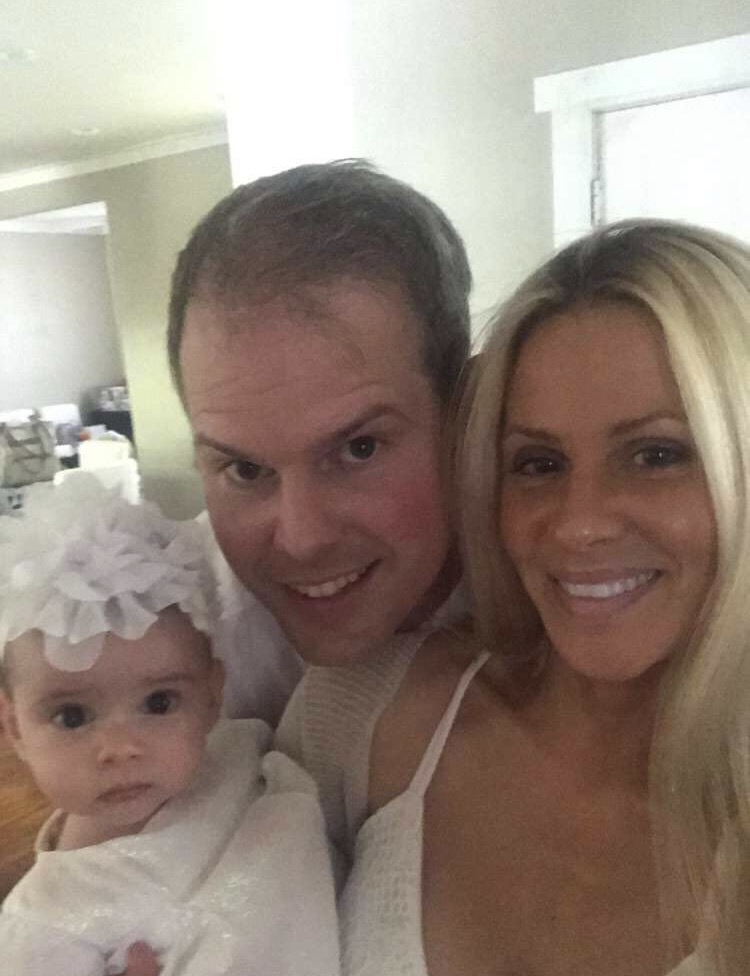 I first got married back when I was 22 years old to a very kind doctor of physics in Albuquerque, NM and fell pregnant with my beautiful daughter within 2 months, who is now 19 years old. Her father and I decided to give her a sibling when she was about 2 and naturally figured this would happen pretty quickly, as it had with her. That turned out to be a giant miscalculation on our part and ultimately, the pain of not being able to conceive again put a huge strain on our marriage and sadly we ended up divorcing 8 years after that.

When I met my 2nd (current) husband, I knew he didn’t have children and therefore, I was very concerned about dating him. I was worried he would want children of his own and since I had been diagnosed with secondary infertility in my 20’s, I knew it was highly unlikely I could give him a child of his own now that I was in my 30’s. I so did not want to cheat him out of fatherhood. Needless to say, he convinced me that becoming a parent wasn’t as important as being with the “love of your life” and so when he proposed, I said yes and we got married 7 years ago.

We never took birth control and after 4 years, I got pregnant. It was a miracle and we were over the moon! I couldn’t believe my luck and as luck would have it, the day before our 2nd ultrasound appointment, I began bleeding. After miscarrying, I was REALLY bound and determined to have a 2nd baby. My first baby was now a freshman in H.S. and giving her a sibling was not so important anymore but it was all I could do to get through the grief of losing the pregnancy.

I made an appointment with the same Reproductive Endocrinologist (RE) that I had been to in my 20’s. We began our first round of Clomid a month after that and sure enough, poof I got pregnant again a few months later! I miscarried this time 7 weeks in. The heartbreak was so intense with this second one that I decided I couldn’t take anymore. I fell into a deep depression. We even very nearly separated over all of it.

My husband decided to take over his family’s business in TX to give us a new start. Around that time, I decided to get my act together. I made an appointment with a new clinic out of Dallas and shortly after that began my first round of IVF. It was my only hope, I was told and that at my age, it was likely it wouldn’t work. We were also told it would likely take a minimum of 3 rounds to give us a very slim chance of success. Undaunted and hoping for the best, we went forward. Our first round was canceled 6 days into stims, due to some complications with the medications and we became frustrated with the RE and pulled out of the clinic all-together.

Undeterred though and determined to have a baby, we found the perfect RE in Dr. Dorette Noorhasen at Fertility Specialists of Texas. She was not so quick to write me off. Even at 41 years of age, she urged me on and suggested we have PGS (genetic) testing done on any embryos that made it to freeze to avoid any further heartache with miscarriage or chemical pregnancies. We were fortunate enough to get 9 eggs in our first cycle with 2 making it to testing. Out of those two, we ended up with one perfect, beautiful, amazing, PGS normal female embryo. I beat secondary infertility at the age of 43, as I gave birth to my second daughter, Lily. Baby Lily is truly a miracle baby!

If I can do this, ANYBODY can do it. 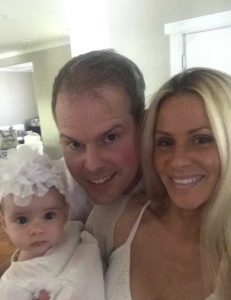 Warrior of the Week | Erin and Nick

Warrior of the Week | Angela and Bryant